It's all in the Lyrics

It's funny sometimes when I listen to the radio (which is often), a certain song will play and all of a sudden, I'm thrown into the emotions of a scene I am trying to write. Or even better yet, a scene I hadn't ever thought of before suddenly comes to mind.

And I love all types of music because I don't listen just because it's a certain genre... but I listen because it's telling me their story. I love listening to their stories, and the music playing behind it is an added bonus. Granted, I don't like EVERY song out there....some songs shouldn't have ever been concieved!!! But most songs weave such emotion and set such a scene, you cannot help but believe in them.

So often when I write, I have the radio playing. It helps me slip into the world my characters are in and actually live in every scene with them. That's what helps me write a scene or know my characters... to live their moments with them. 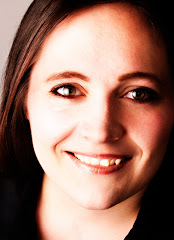 You an Aspiring Author? Find an Agent!